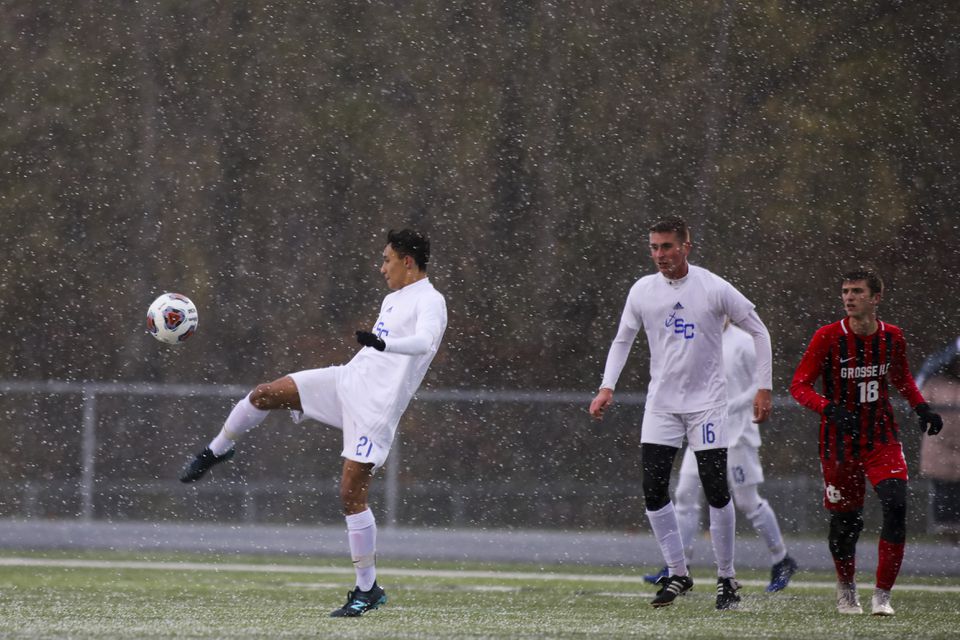 “I couldn’t be more proud of my guys,” South Christian coach Jason Boersma said. “Grosse Ile played a phenomenal game. They got the goal early. We absolutely fought back with heart and soul. That’s what this team has done all year. I know they are devasted. You don’t like to lose any game any time. Doing what they had to do to fight back, they put a lot of pressure on them and their keeper made some big saves.