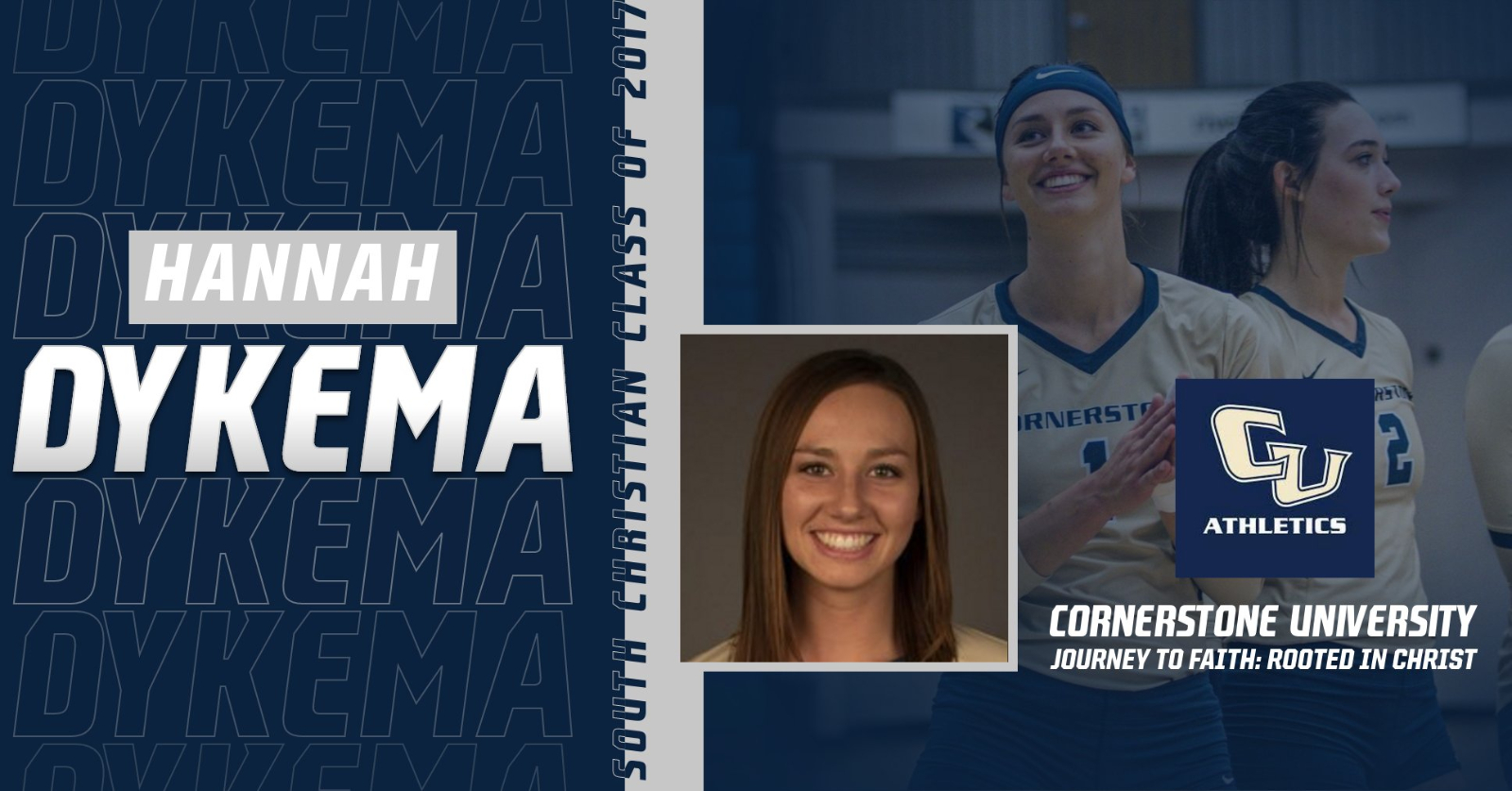 GRAND RAPIDS, Mich. – Hannah Dykema, a junior on the women’s volleyball team, grew up in what some would call the “West Michigan Bubble.” She was part of the Christian school system, grew up in youth group, and has spent a majority of her life in the Grand Rapids area.

Having been baptized as a baby, Hannah was brought up in the faith where she described having always known who Jesus was. While she made her official profession of faith her senior year of high school, it wasn’t until she came to Cornerstone that she realized what it truly meant to have a relationship with Jesus. “I think if you were to ask me [in high school] I thought I knew what that was, but I definitely didn’t realize how much I was missing out on.” she said “Even now I’m still continually learning what it means to be saved by Jesus.”

Since coming to Cornerstone, Hannah has experienced not only a community full of Christians, but people who are truly living out their faith. “I knew that there was something different about their relationship with Jesus than I had and I wanted to know more.” Not only has she learned from her peers at Cornerstone, but more specifically from her teammates. “Through being on a team and having that constant community, I’ve learned a lot.” she said. “I’ve had to learn how to ask for help.”

She told a story that would sound painstakingly familiar to almost any athlete and that is a story of injury. Her junior year of high school, Hannah suffered from a major back injury due to volleyball. “I’ve had chronic pain everyday since then.” she said. “Through this year specifically, I’ve had to learn that God put people in my life who are there to help. I’ve had to learn that I can’t do it on my own.”

One of the lessons that Hannah has learned since being part of Cornerstone Athletics is that while many athletes strive on stats and playing time, she instead focuses on the bigger picture. “The Lord has used my injury to teach me a lot of awesome things.” she said. “I don’t place my value in a stats sheet anymore or being in the starting line up. I know there’s so much more to life than being in during a game.” While she continually strives to put her all into her sport, she understands that playing the game is no longer her primary goal.

Hannah and the volleyball team has gone through a recent coaching change and are now under the direction of former Cornerstone Volleyball alum, Megan Lenhart. “Our coach has been absolutely wonderful.” Hannah said. “She’s been incorporating things into this program that shows that she knows that there is so much more to it than just volleyball.”

Inevitably, with a new coach comes a new mentality and new culture on the team, one that Coach Lenhart has set to be focused on mental health and spiritual growth. “It’s been really cool to see [my teammates] challenged by it but also recognizing that through that challenge, growth is going to come.” Hannah described the culture shift as one that has happened one small act at a time.

For a while, the team focused on their attitudes towards their teammates and coming together after each point during a set, whether they won the point or not. Stepping into the mindset that their journey is a long-term one put the team on a path that eliminated the need to compare themselves to the teams on the other side of the net. “It’s been really tough to have such a drastic change, but to see people finally start to get it and start to see it clicking has been really cool.” she said. “There’s still so much we have yet to learn, and our coach is continually pushing for those things.”

While it’s common to face the loss of many senior leaders, the volleyball team is in the unique position where they will lose only one senior, Hannah Stearns. “We will miss our senior a ton, but it’ll be cool that we have this solid group now who understands the new culture that our coach is trying to create.” Looking forward to next year, Hannah is hoping for more individual growth among her teammates that will result in team growth as well.

When it comes to off the court, Hannah said “Don’t be afraid to be yourself. Don’t be afraid to take time out of your day and stop doing homework to do something that’s good for you.” She also stressed the importance of being vulnerable and making deep connections with the people around you. “Don’t worry about what the next four years will bring you. It’s all in God’s hands.”

At the end of the day, while Hannah may still be in the “West Michigan Bubble,” God is working in powerful ways to bring revival not only to Cornerstone’s Athletic Department, but to all of Michigan one athlete at a time.