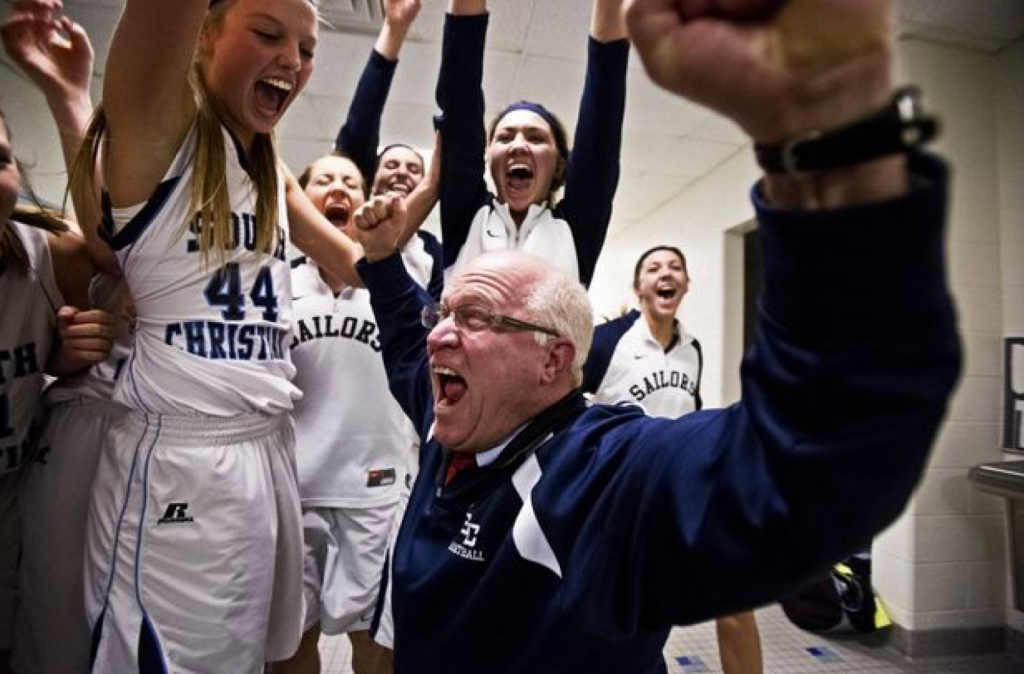 GRAND RAPIDS, MI -– Those boring little details that the South Christian girls basketball team works so hard on in practice every day resulted in some pretty big excitement during Thursday night’s Class B regional finals.

The No. 1 ranked Sailors defeated their OK Gold rival Cougars 50-45 at home to advance to Tuesday’s state quarterfinal game at Wayland. Thursday’s outcome was decided at the free throw line. The Sailors made 23-of-29 in the game, and at one point in the fourth quarter, South Christian was 18-of-19 from the stripe.

Those free throws helped the Sailors build up just enough of a cushion to edge the Cougars for the third time this season and advance to the quarterfinals for the second consecutive year.

“It’s all about Coach (Jim) DeBruyn,” South Christian guard Taryn Sack said. “He has us in before every practice, and we have to hammer out 30 free throws. It might get a little old, but they paid off.”

Sack played a pretty big role, too. She was shut out through the first three quarters but heated up in the fourth, finishing with 12 points. Sack drained a 12-foot jumper to give the Sailors a 41-38 lead with 2:45 to go. The Sailors then came up with a quick steal and Sack cashed in to put South Christian up by five. The Cougars never got closer than four the rest of the way.

“She kind of struggled in the beginning, but she is our leader, and she gave us everything she has,” said DeBruyn, whose team improved to 24-0. “She didn’t want it to end tonight.”

The Cougars finished the year 19-5, with three of their losses going to the Sailors by a combined 10 points. Brianna Spica scored 12 points to lead the Cougars, and she sank a pair of third-quarter 3-pointers to give Catholic Central a 28-23 lead.

But the lead was short-lived. South Christian’s Cassidy Vredevoogd, who finished with 11 points, scored and was fouled, and her free throw cut the deficit to 28-26. The Sailors eventually tied the game at 30-30 after three. South Christian scored the first five points of the fourth to complete a 9-0 run.

“We had a chance there to get a stop and maybe push it out a little bit, but it didn’t happen,” Catholic Central coach Trevor Hinshaw said. “We will go back and study some film in the offseason and try to get better.

“It was a great high school basketball game. They are a great team that does a lot of things well. I couldn’t be more proud of the girls in our locker room and everything they gave. I’m very disappointed in the outcome, but I’m filled with pride. I told them that the outcome tonight doesn’t change anything.”

The Sailors will play Parchment in Tuesday’s quarterfinal game. Parchment defeated Benton Harbor 58-50 Thursday to improve to 23-2. South Christian is hoping to make its second straight trip to the Final Four.

“We have been (to the quarterfinals), and we know what it’s like,” DeBruyn said. “It’s going to be a tough game, just like tonight.” 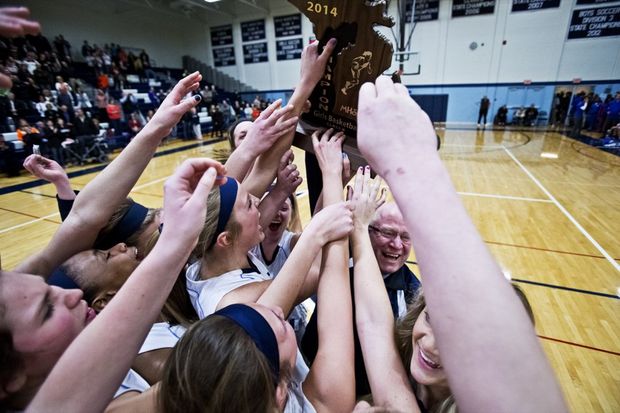