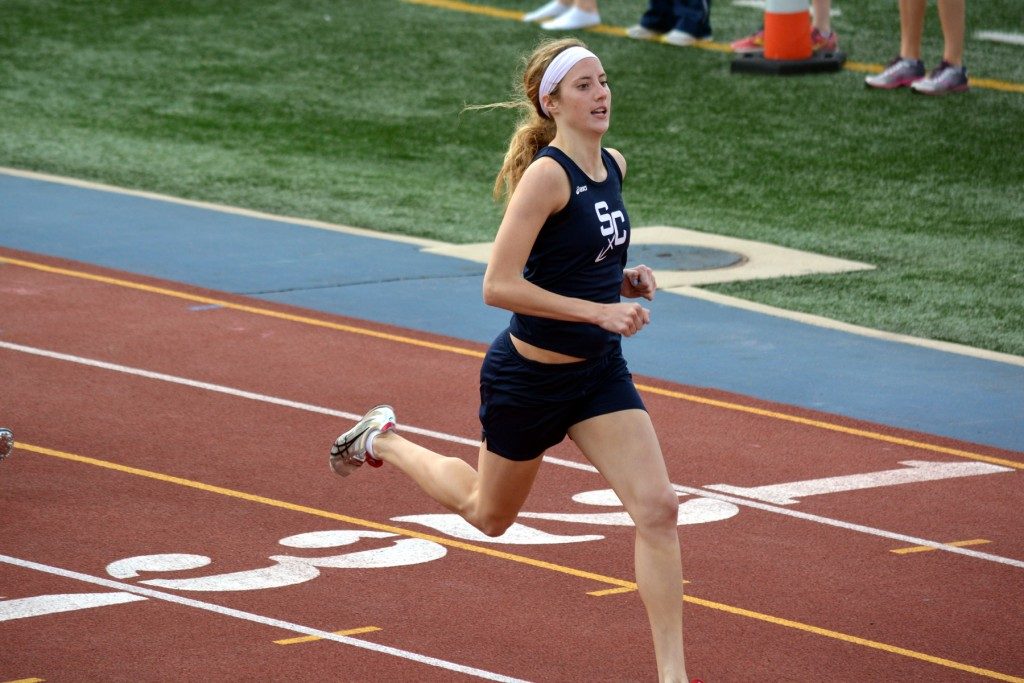 CUTLERVILLE — Abbie Porter of South Christian proved to the entire state how talented of a runner she has become.

This season, Porter also combined with Haley Ritsema, Nicole Kruithof, and Mariel Bruxvoort in the 4×400 relay, which took fourth (4:09.39).

Porter’s coach, Eric Grimm, said while it’s hard to predict how any athlete could do at the state finals, her championship performance was not surprising.

South Christian tied for third in the state team standings. Porter’s versatility in the sprints was critical.

But the 400 was the event where Porter had her chance to shine, and she took advantage for a school record. Her time was significantly better than the 59.15 clocking from the regionals.

“She had a much faster start than she had been doing,” Grimm said. “She went for it at the opening. She struggled on the straightaway. Typically for her, she’s catching and passing. But it worked. She used her potential by going for it early. I couldn’t really see for sure if she won. It was a very close finish between her and the other girl.”

Grimm indicated that the 800 may have been Porter’s second-best event.

“If she hadn’t placed high in the 400, we might be rethinking that maybe she should have run the 800. But she’s certainly capable of doing well in the 800.

Porter’s 4×400 team brought home a medal, but Grimm indicated there were higher hopes.

“That one didn’t go well as well as we had hoped,” Grimm said. “We were seeded first. If everybody had run well, they would have ended up first. It always doesn’t work out that way.”

Grimm indicated that Porter’s potential success as a senior may hinge on the team’s makeup.