The Godwin Heights boys basketball team appeared poised for a lengthy postseason run, but South Christian had other plans.

“We have had a lot of close games all year,” South Christian coach Jeff Meengs said. “We have seven losses, and every single one of them, we had the lead in the fourth quarter at one point, and some of them near the very end.

“Maybe some people have overlooked us for that reason, I don’t know. We have been getting better, and we hit some big shots in the second half and we held on.”

South Christian, 16-7 overall, will next play in Monday’s Class B regional semifinal game at West Catholic High School. The Sailors will take on Fremont at 8 p.m. It will follow the 6 p.m. game between Spring Lake and Catholic Central.

The Wolverines jumped out to a 16-9 first-quarter lead, but the Sailors cut the deficit to 23-20 at halftime. South Christian continued to battle back, tying the game 34-34 after three before pulling away in the fourth.

The 56 points that Godwin scored was a season-low. Godwin’s lone loss prior to Friday was to Forest Hills Central on Dec. 29 in overtime, 72-68.

“Godwin is a very good team,” Meengs said. “There are some very good players on that team. We were excited to beat them. We just have a lot of guys who are getting a lot better, and that means we are able to play a lot of players. 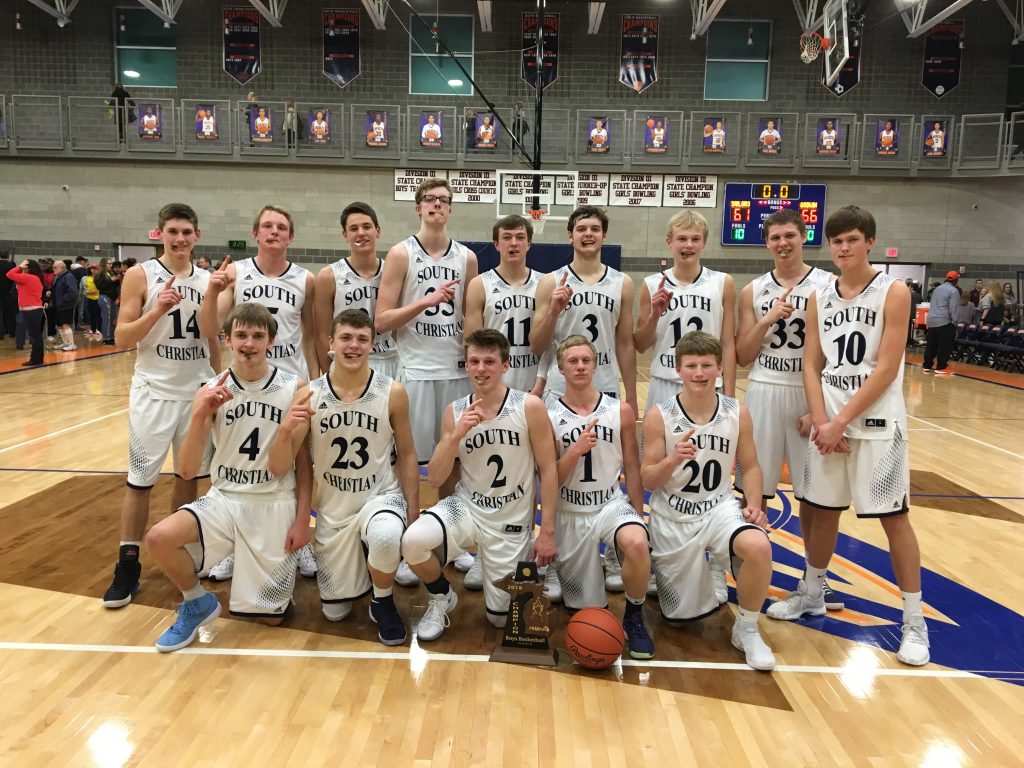