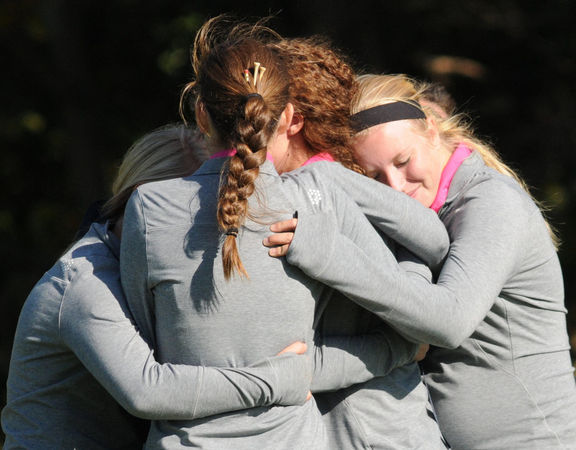 HAMILTON, MI — A day after South Christian girls golf coach Rod VanDyke died in a cycling accident, his squad honored its mentor by winning the Division 3 regional championship on Wednesday, replacing a normally joyful victory embrace with solemn support of each other, a few tears and a few smiles. 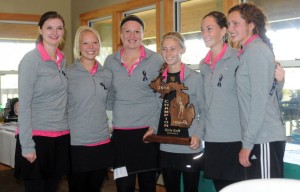 “Through the tears, they were just determined to do it for their coach,” said Pam VanderYacht, whose daughter Nicole plays on the team. “To come out and do it is just unbelievable.”

Pam VanderYacht said she told her daughter before the match to have strength, be focused and be determined.

“I told her to block out the bad shots like (Van)Dyke always told them, and think of him telling a corny joke again.”

The Sailors, the No. 10-ranked team in the state, were able to persevere through the loss of VanDyke and cruise to the crown, scoring a 357 and beating runner-up Lakewood by 18 strokes. Grand Rapids Christian finished third at 379 strokes. 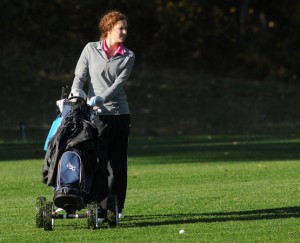 Nicole Hoekwater led the Sailors with a second-place finish, losing medalist honors to Lakewood’s Emily Barker in a three-hole playoff as she and her teammates, Rachel Thuele, Marissa Smits, Lauren Hofman and VanderYacht earned the win.

But the day was about more than golf as the team chose to play through its griefand loss of the coach and teacher at the high school. The school community expressed the depth of how VanDyke touched his team with heartfelt memories on a whiteboard and on paper in his empty classroom.

“We all want to pitch in and help out our community and school at this time,” VanStee said. “We’re so happy we get another week with these girls. We kept saying ‘let’s create some special memories today.’” 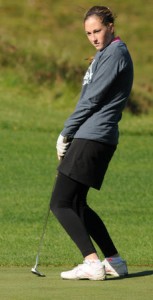 School officials declined to allow the girls to be interviewed after the win.

“We’re just so incredibly proud of their effort today,” athletic director Curt Copeland said. “We try to do our best to protect the kids. We just want them to be together and have this be as positive of an experience as it can be.”

Mixed in with dozens of friends and family members of the players were five former South Christian golfers who supported the team throughout the round.

Sisters Montana and Morgan Leep, Megan Wierenga, Kelsey Ballast and Alexa Hoekwater watched with tears in their eyes as the Sailors held the regional trophy.

Montana, Morgan and Megan all play golf for Hope College.

“We can definitely all imagine (Van)Dyke’s crazy, goofy smile looking down on all of them,” Montana  Leep said. “He really had such heart and I think that’s what they played with today.”

Morgan echoed her sister’s thoughts, saying she wouldn’t be where she is today without VanDyke.

“With how much fun we had as a team, he taught us to love the game and love each other,” Morgan said. “The bonds we created, he was such an amazing man, he would be so proud of these girls.