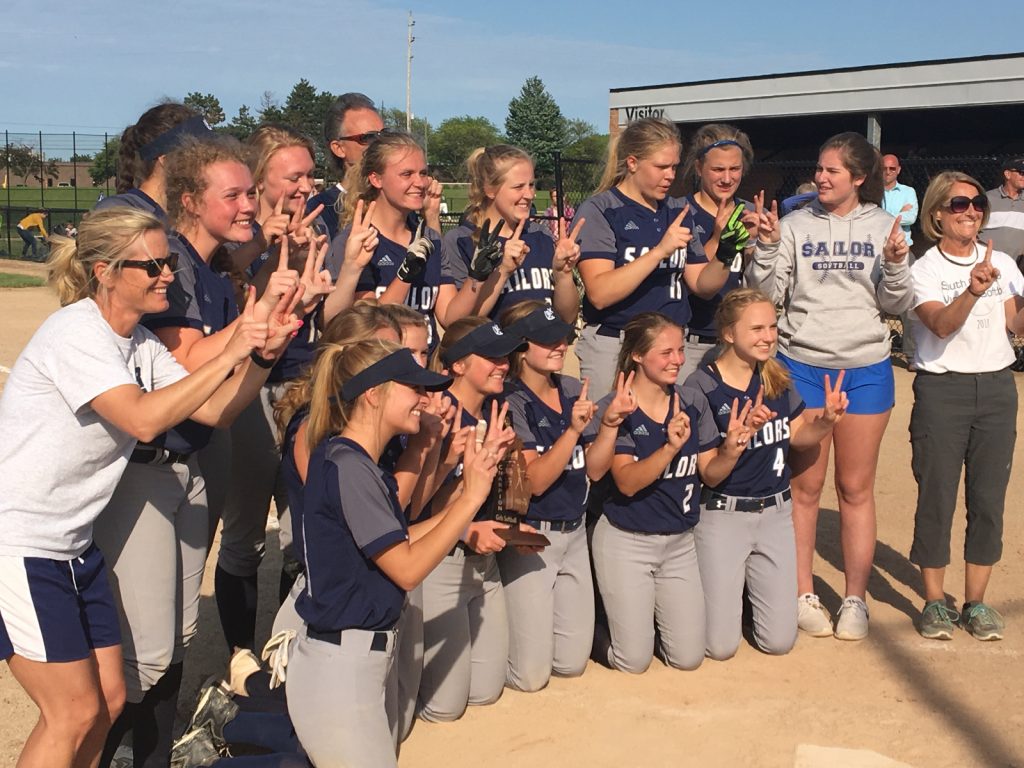 This felt like a story that had been written before, as the Sailors once again found themselves behind. But with the team facing elimination, the ending was anything but certain. District Final foes Catholic Central scored seven runs in the first inning thanks to patience at the plate and timely hitting.

Fortunately, the 2019 Sailor softball team, if not their coaches and family, has been comfortable being behind, and they started chipping at the Catholic Central lead right away. Sydney Vis drove in South’s first run and later scored, allowing South to cut the deficit to five. In the second, Josie Vink and Ella Koster reached base on hits and scored; and in the third, Annie Schreur, Josie Vink, and Ella Koster, added RBI’s to tie the game at seven.

Central added two runs in the fourth and one more in the fifth to take a three-run lead. In the bottom of the fifth, Schreur led off the inning with a double and was brought home on a Vink groundout, but Central stretched the lead back to three, adding a run in the top of the seventh.

In the bottom of the seventh, facing a three-run deficit, down to their final out, South rallied. With two outs and Josie Vink again on base, Kate DeMann reached on a single. Sydney Nyenhuis then drove a double to center to bring South within a run. Sydney Vis followed with a fly ball to right field that nearly cleared the fence for a walkoff homerun, but in the end Vis reached on a triple and the game was tied. Alyssa Barbrick drove what seemed to be the winning hit to right field, but the Catholic Central right fielder made an excellent diving catch to save the game.

Josie Vink pitched a 1-2-3 eighth, setting South up for the victory. Anna Orr led off the inning with a double and Aly Tanis advanced her to third on a sacrifice fly. With one out and the infield drawn in, Annie Schreur came up to bat and sent the ball into centerfield, scoring Orr and giving South the 12-11 victory.