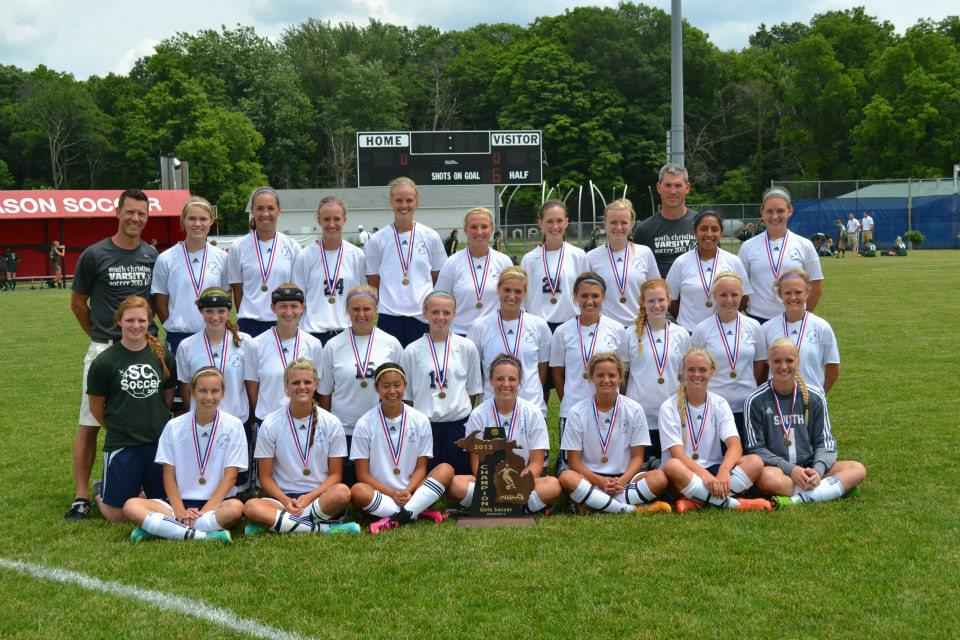 The girls soccer team completed the trifecta for the South Christian High school community by winning the third state championship of the school year. Way to go Lady Sailors!

The game was a scoreless, defensive battle until Senior Kayla Diemer took advantage of open grass in front of her, which was a rare sight in the Division 3 State Championship match against Pontiac Notre Dame Prep on Saturday at Mason.

Diemer found daylight after receiving a pass from freshman Cierra Buist on a breakaway. Diemer was able to shake a pair of Notre Dame Prep defenders and score the first goal of the game with 16:07 remaining in regulation.

“It was just a blur,” Diemer said about scoring the goal. “I was just in the right place at the right time I guess.”

While the Fighting Irish had several opportunities at the net in the final minutes, Sailor junior goalkeeper Emily Blankespoor made save with 4:50 left in the game, stifling Notre Dame Prep’s pressure and securing the win.

“She came up with a monster save,” South Christian coach Jason Boersma said about Blankspoor. “On the bench, we were just like ‘oh no, there it is’. They put a good shot on net but Emily dove to make the save and got right on top of it.”

South Christian finished the season with a 22-1-3 overall record, while Notre Dame Prep finished at 21-3-2.