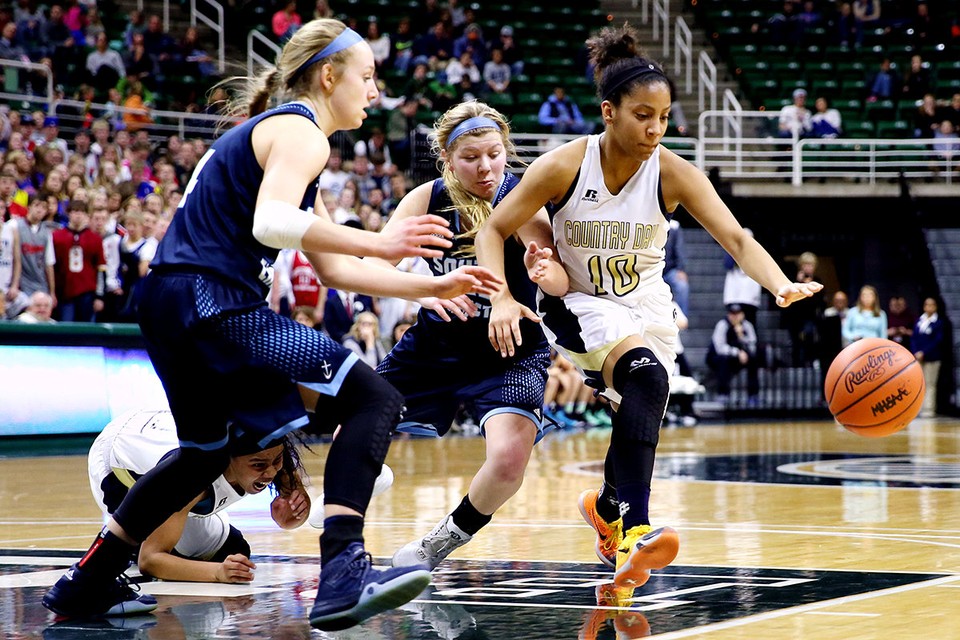 EAST LANSING – South Christian’s Markayla Vander can take over a game with her offense, just like the senior forward did when she led the Sailors with 20 points in Tuesday’s state quarterfinal win over Dearborn Heights Robichaud.

But on Friday, Sailors coach Kim Legge urged Vander to take control with her defense, and Vander delivered.

Legge assigned Vander to guard Country Day’sDestiny Pitts, a first-team all-stater. Pitts struggled with foul trouble before finishing with 14 points. Pitts had four points through the first three quarter while the Sailors had built up a double digit lead.

“Markayla has been doing that for us all season,” Legge said. “At halftime, I looked at the scorebook and saw that (Pitts) only had four points, and I told her your job is to do the same thing in the next half. She just looked at me in the hallway (after the game) and said, ‘Coach, I held her to (10), and I hit the boards, too.” 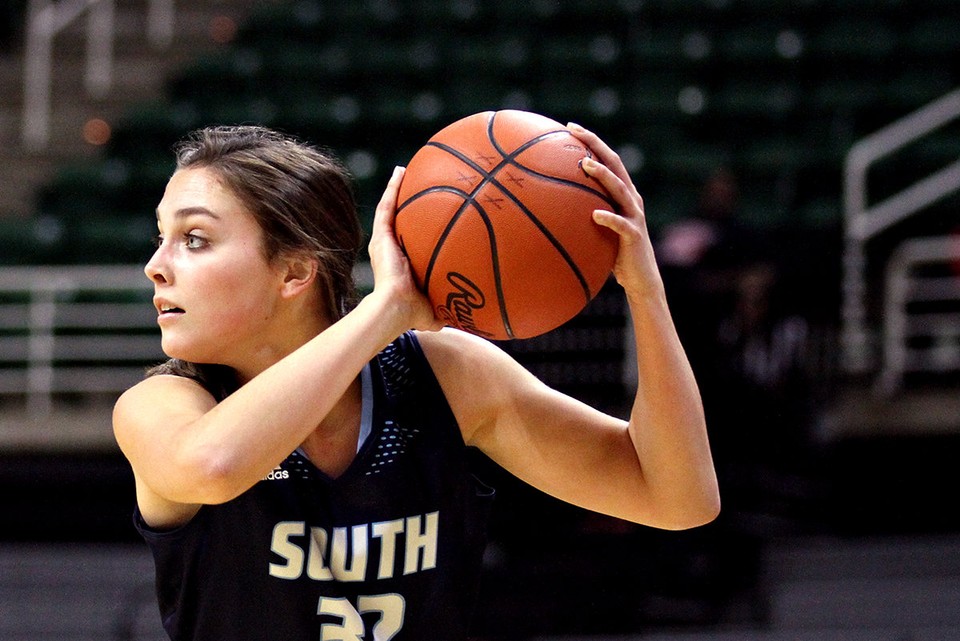 The Sailors are returning to the state finals for the second time in three years, having lost to Eaton Rapids 51-38 in the 2014 finals. It will be the fourth time South Christian has advanced to the finals. The Sailors defeated Flint Beecher for the title in 1988 and lost to Battle Creek Pennfield in 1980.

It’s back to the finals for three Sailors, including seniors Jennifer DeBoer, Sydney DeYoung and Vander, who were sophomores on the 2014 team. All three were keys Friday. DeBoer finished with a game-high 18 points, including 8-of-10 from the free throw line. DeYoung grabbed a game-high 11 rebounds and added six points.

“Definitely, we have some unfinished business,” DeBoer said. “We lost in the finals two years ago so we really wanted another shot at it, and it’s a lot bigger for me this year because it’s my senior year. It’s my last game, and it’s my last shot at the state title.”

The only time South Christian trailed in the game was 2-0. The Sailors jumped out to a 22-6 second-quarter lead, led 24-14 at halftime and was up 37-26 after three. However, the Yellowjackets made a fourth-quarter run. A pair of 3 pointers fromMaxine Moore and Pitts pulled Country Day to within 41-37 with 4:37 to go. It was the closest the Yellowjackets had been since the score was 8-4.

But the Yellowjackets would get no closer. Consecutive baskets by Zoie Hulst andIsabella Scott pushed South Christian’s lead back up to 45-37 with just under four minutes to go in regulation.

“We have been in this spot a couple of times this season where we’ve had a lead and teams have made a run at us,” Legge said. “We told them this is the run we have to shut down, and my key phrase is we have to get a stop. I always know that if we can get that big stop, offensively, we will get the job done.” 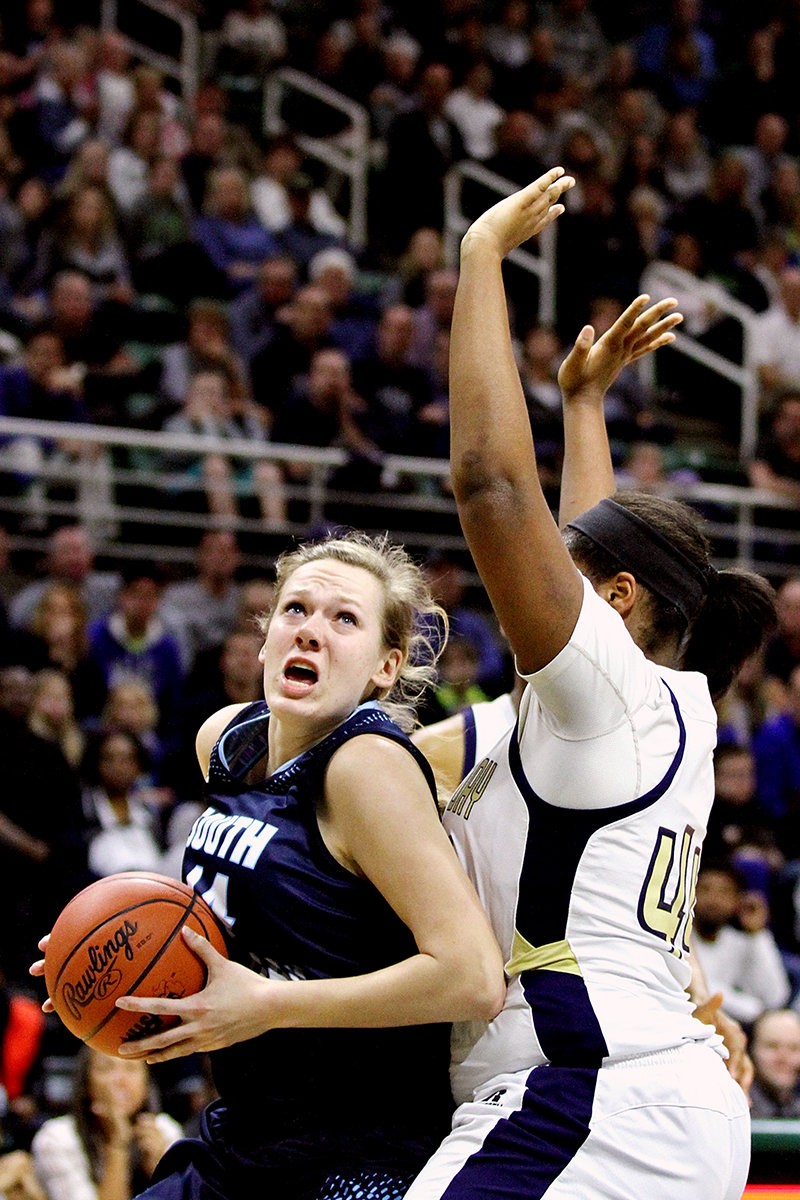