South Christian started the playoffs with a convincing 5-0 win over Covenant Christian. Levi DeRuiter’s long throw-in allowed Boston Knapp to open the scoring with an early header. Thom DeVries and DeRuiter soon added the second and third goals for South. Pieter Veldhuijzen provided the highlight goal of the evening with a magnificent, curling shot into the upper, back corner of the goal with only 1 second remaining in the half. DeVries tacked on the final goal via a penalty kick. The Sailors next game is Tuesday, October 27 at home. 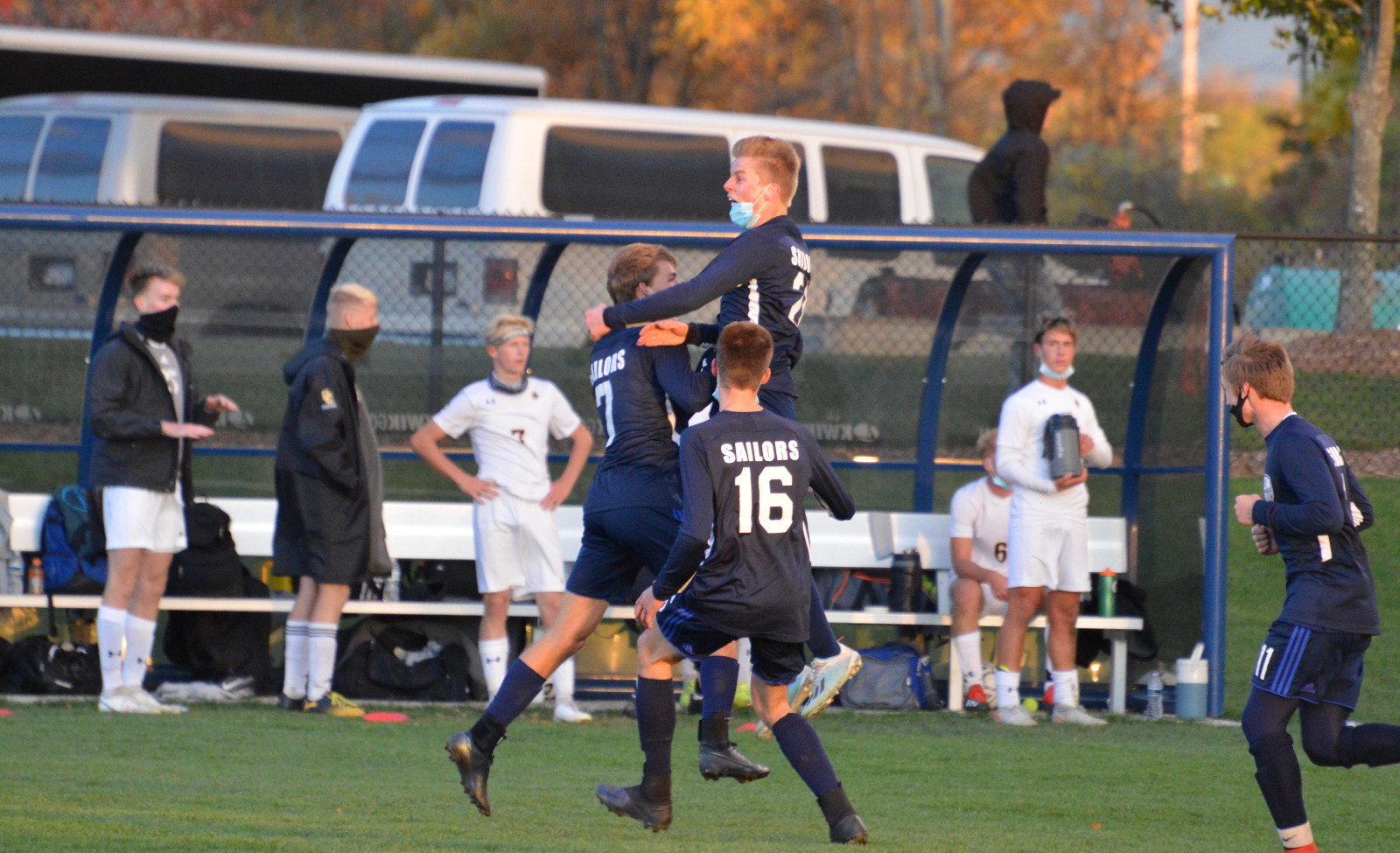