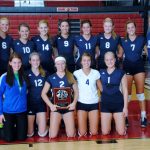 Multiple Teams · Mar 27 New volleyball coach excited to be back

by Steve Kaminski, mLive.com GRAND RAPIDS –Grand Rapids South Christian’s volleyball team has a new coach, but keep in mind that she is no stranger to the program. Marcie Masselink, who played for the Sailors in the mid-2000s and was Marcie Blacquiere back then, is returning to her alma mater to coach the Sailors. It 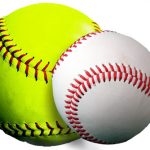 South Christian looks to repeat O-K Gold success with experienced softball squad By Jonathan Kollnot | Advance Newspapers CUTLERVILLE – The Sailors have plenty of reasons to be optimistic this spring, based both on the past accomplishments and their future promise. South Christian’s softball team enjoyed a terrific conference season in 2013. The Sailors tied for 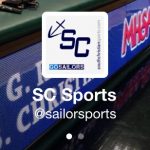 Do you follow South Christian athletic teams via social media? We now have over 500 followers on Twitter!  Be sure to follow @sailorsports to keep up to date with everything related to South Christian sports! https://twitter.com/sailorsports #SCPride 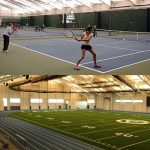 The weather outside is not good, so we are headed indoors! Wednesday, March 19 our Boys Track and Field squad will compete at the GVSU Laker Challenge at the Kelly Family Sports Center on campus.  The Girls team will have their shot at the same invitational on Thursday, March 20.  Competition on both days will 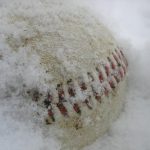 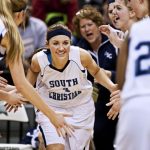 by Steve Kaminski, mLive.com The only one who dreaded the Ides of March more than the Grand Rapids South Christian girls basketball players was Julius Caesar. Eaton Rapids defeated South Christian, 51-38, in Saturday’s Class B state championship game at Michigan State University’s Breslin Center, ending the Sailors’ dream of an undefeated season and their 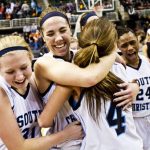 by Steve Kaminski, mLive.com EAST LANSING, MI. – Grand Rapids South Christian’s girls basketball team has returned to the Class B Final Four for the second consecutive season, but this year, the Sailors will be spending an extra day in East Lansing. The Sailors, ranked No. 1 in the state, defeated third-ranked Midland Bullock Creek, 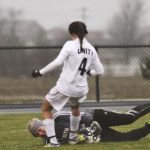 By Don VanderVeen | Advance Newspapers CUTLERVILLE – South Christian has enjoyed a year of successful tournament runs and the girls soccer team is poised to continue that streak. The defending Division 3 state-champion Sailors went 18-1-3 in 2013 and return several players from that squad, including some who have played in the state volleyball finals 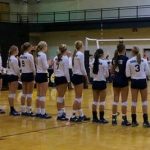 Dear South Christian Parents and Players, Hello, I am writing this letter to introduce myself to you. My name is Marcie Masselink and I am privileged to serve as your new Head Volleyball Coach. I am grateful for the dedication and hard work already put into this program from Coach Sagraves and I am excited 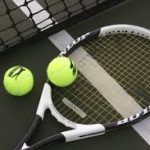 For the 4th year, South Christian High School will offer a Middle School tennis team for 7th – 8th graders at Byron Christian, Dutton Christian, Legacy Christian, and Moline Christian. Click HERE for the registration form! The season starts Wednesday, April 2 and lasts about 6 weeks. Most weeks include 2 or 3 practices starting at 5:30