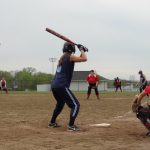 The bats of the Sailor girls were on fire during Tuesday’s double-header against East Kentwood. The Sailors took both games from the Falcons, winning 12-2 and 20-3. Ashley Carver pitched for the win during the first game, and Jessie Walters in the second. Anna Mingerink hit a triple to centerfield in the first game, and 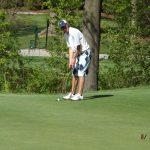 Despite the weather at Monday’s NorthPointe Invitational, the South Christian varsity golf team proved that tough playing conditions are not an issue. The Invitational was played at Railside Country Club with 20 teams from around the area. Coach Mark VanStee said “There were a lot of good teams here, and I thought we played really well.”  The Sailors were able to take home a win with a 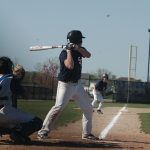 After a pair of comeback victories over Catholic Central on Monday, the South Christian freshman baseball team was ready to build to its winning streak on Wednesday against Middleville. The relentless hitting attack and dominant pitching of the visiting Trojans was simply too much for the Sailors to handle, as Middleville swept the doubleheader at the South Christian Sports 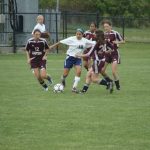 The girls took an early lead in the Sailor’s second conference game of the year against Forest Hills Eastern. Lauren Hofman scored the first goal of the game on a handball violation from FHE that occurred in the goalie box. Midfielder Joselyn Bykerk scored and made it a 2-0 lead with 11 minutes left in 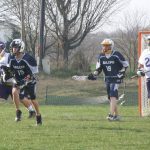 Fresh off the first win in South Christian lacrosse history, the Sailors looked to continue their winning ways, hosting Reeths Puffer on Tuesday. The Rockets had other plans. After trailing most of the game, the Sailors scrapped their way to a late lead. Reeths Puffer battled back late in the 4th quarter to once again 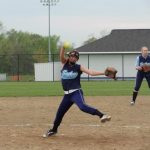 The Sailor girls bounced back from a 7-13 loss in the first game of Thursday’s double-header versus Byron Center to win the second game 10-9. Jessie Walters put up a good fight in game 1 by walking only 2 batters in 5 innings, but Byron’s bats couldn’t be stopped as they put up 13 runs. 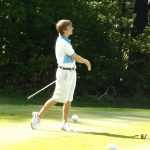 The boys varsity golf team started their season with a big victory over Unity Christian.  Click here for more info. 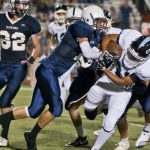 Spring sports are in season and this year the Sailors will feature an online presence that will cover our schools athletic programs like never before. Stay tuned for more details and exciting news! 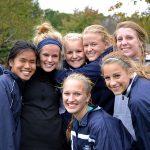 Go to the Spring Sports section on the main menu and …