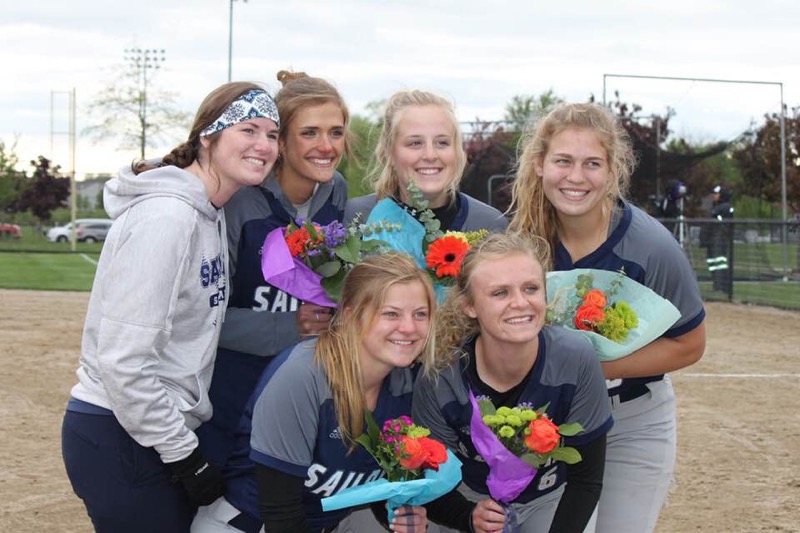 On a night when the senior players would be honored, it was a team effort that needed. Wyoming scored two runs in the first and four in the second, and South found themselves in another hole. Senior leadership and timely hitting from all levels helped the team persevere.

In the second, South took advantage of walks, errors, and a hit batter to lead off the bottom of the inning. Freshmen Kate DeMann and Sydney Vis and senior Sydney Nyenhuis followed with hits, and by the time Wyoming could record three outs, the Sailors had tied the game.

In the fourth, sophomore Anna Orr reached base to lead off the inning to bring up Kate DeMann. Kate drove the ball to right field and sped around the bases as the ball traveled to the fence. In the end, Kate had an inside-the-park homerun and the Sailors had an 8-6 lead. South would add three more in the inning and were able to hold off a Wyoming rally in the seventh for the victory.