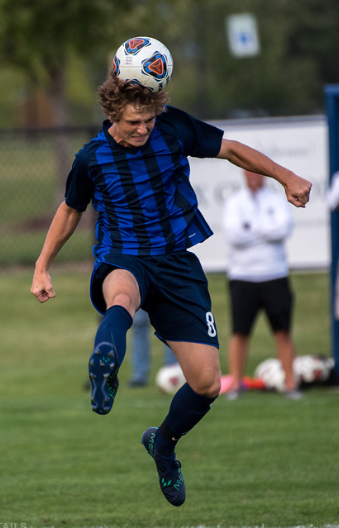 South scored two goals in the first half, a solo finish from Boston Knapp after dribbling around the Covenant goalie and a shot by Jeff Herrema on a pass from defender Matt Walstra. The second half was all Tom DeVries. He marched the ball down the field after the kickoff and scored within the first 15 seconds of the half and later nailed home a penalty kick.